As the world seemingly moves into lockdown to halt the transmission of the novel COVID-19 virus, the uncertainty and restrictions on movement are taking a toll on markets and commodities.

After initially benefiting from uncertainty around the virus and peaking at US$1,687 per oz., the price of gold has come down to US$1,475 per oz. A report from the World Gold Council released today suggests that the recent gold price volatility has been driven by liquidations across all asset classes. While the looming economic slowdown will likely result in high gold price volatility, the authors see the high levels of risk, negative real interest rates and quantitative easing as supportive for gold investment demand as a safe haven.

To catch you up on the flurry of announcements of company responses to the social and market disruptions of the coronavirus pandemic, here’s a snapshot mining news related to the crisis.

Yesterday, SilverCrest Metals reported that National Bank Financial has advised it is terminating a $75-million bought-deal financing agreement dated Mar. 11 based on the “disaster out” clause of the deal. SilverCrest argues that the bank is not entitled to terminate the agreement because the COVID-19 pandemic was already “fully evident” when the agreement was made, and that the deal was made with the expectation that precious metals markets would respond positively to this risk. The company, which is advancing its Las Chispas silver-gold property in Sonora, Mexico, is pursuing legal remedies against NBF.

Agnico Eagle Mines announced today it is sending home all of its Nunavut-based workforce from its Meliadine and Meadowbank mines, as well as exploration projects in the territory, for four weeks. The move is aimed at preventing the spread of COVID-19 from Agnico’s southern workforce into local Nunavut communities. Agnico plans to continue operations at both mines with its remaining workforce. Fearing the local introduction of the virus,residents of Rankin Inlet blockaded a road to Meliadine on Wednesday night, preventing fly-in workers from reaching the mine, CBC News reported.

After disclosing that one of its employees at its corporate office in Toronto had tested positive for COVID-19 last week, two employees of Kinross Gold‘s Kupol mine in Russia’s Far East are also suspected to have the virus. The two are reportedly in hospital and the company has taken steps to isolate the operation.

On Tuesday, Vale announced it would be ramping down its Voisey’s Bay nickel mine in Labrador and placing it on care and maintenance for four weeks. The suspension of production is a preventive measure to ensure the COVID-19 virus is not introduced into local Indigenous communities via the operation.

A number of Latin American countries, including Peru, Ecuador, Chile and Argentina have imposed 15-day border closures and travel restrictions this week that have affected miners.

Teck Resources has temporarily halted construction at its 60%-owned Quebrada Blanca Phase 2 (QB2) copper project in Chile. The decision will affect 15,000 workers. No confirmed cases of the virus among the workforce, which is being demobilized over the coming days. Initial production at the US$4.7-billion project was slated to begin in the fourth quarter of 2021.

In Peru, mining projects and operations that have a remote workforce that is housed by a camp are permitted to operated during a 15-day lockdown period mandated to begin Mar. 18. Trevali Mining noted that its Santander mine in Peru will continue to operate, however, if the National emergency is extended beyond that time, production at the mine will need to be ramped down. The Antamina mine, in which Teck has a 22.5% interest, is also continuing to operated with a reduced staff.

Newmont Mining announced on Tuesday that operations at its Yanacocha mine in Peru would be ramped down because of the Coronavirus-related restrictions, but that gold production from the leach pads and critical safety and environmental activities will continue.

Freeport-McMoRan‘s 53.6%-owned Cerro Verde copper mine in Peru will cease production for at least 15 days. Anglo American said it is slowing down construction and withdrawing the majority of its 10,000 employees and workers from the Quellaveco copper project in Peru. The US$5-5.3-billion project was expected to begin production in 2022.

On the exploration side, junior Aurania Resources has pulled its staff from the field in Ecuador, while Auryn Resources has demobilized its field staff in Peru.

In Portugal, Lundin Mining has suspended construction and commissioning activities related to its expansion project at the Neves-Corvo zinc mine in order to prevent transmission of the virus. The company noted that much of the workforce includes contract employees who travel from other regions of Portugal and internationally to the site.

Others are reporting less disruption to their plans. Producer Torex Gold Resources says it has had no no known or suspected cases of COVID-19 at its El Limon Guajes operation in Guerrero state, Mexico. Production has not been interrupted. The company has implemented “aggressive” cleaning regiments of communal areas and a health education campaign on infection prevention for its workers and surrounding communities. Minera Alamos says it is continuing with construction at its Santana open pit heap leach gold mine in Sonora state, Mexico, which began in January. The company says the site is relatively remote from large population centres. It has rented additional housing space that will allow its personnel to remain isolated from the broader population when they are away from the site in major city centres. The Santana project is fully funded and construction is expected to take six to eight months.

Fortuna Silver Mines is demobilizing non-critical personnel from its Caylloma mine in Peru, but will continue to operate with ore from its 30-day coarse ore stockpile. Its San Jose mine in Mexico and its Lindero project in Argentina are not affected at this time.

Pan Global Resources expects to finish up a drill program at its Escacena gold project in southern Spain by the end of the week. The company says the drill site is closed to visitors and there are strict controls on monitoring, sanitation and social distancing.

In Canada, exploration and development stage projects are also being affected, with field activities cut back or delayed. Bonterra Resources has suspended all drilling at its Gladiator, Barry and Moroy gold projects near Val-d’Or, Que.

Sabina Gold & Silver has deferred its spring drilling program at its Goose project in Nunavut until later this year.

Troilus Gold in Quebec, and Marathon Gold, in Newfoundland, have both reduced onsite activities.

Eastmain Resources is delaying its spring drilling campaign at its flagship Clearwater project and nearby satellite projects in the Eeyou Istchee James Bay gold camp in northern Quebec. Meanwhile, Azimut Exploration has just begun a 6,000-metre, 30-hole drill program at its Elmer project in the James Bay region of Quebec that is expected to run until the end of April. Two drill rigs are onsite. The company says it has measures in place to safeguard the health of field personnel and will continue to monitor the situation.

Siros Resources has started a first-phase 2,000-metre drill program at its remote Aquilon gold project in Eeyou Istchee James Bay, Que. Preventive measures are in place for members of the technical team and contractors working in the field.

Looking for information on how COVID-19 will affect the markets? Check out these recent pieces:

From Mining.com: Mining moderately exposed to effects of coronavirus.

From Canadian Mining Journal: COVID-19 weighs on mining outlook for 2020.

From The Northern Miner: Investment bankers weigh in on coronavirus impact. 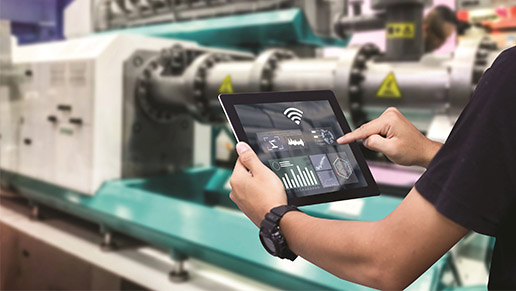 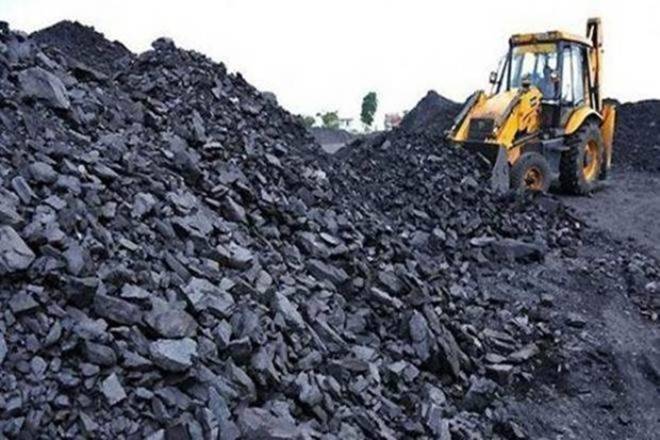 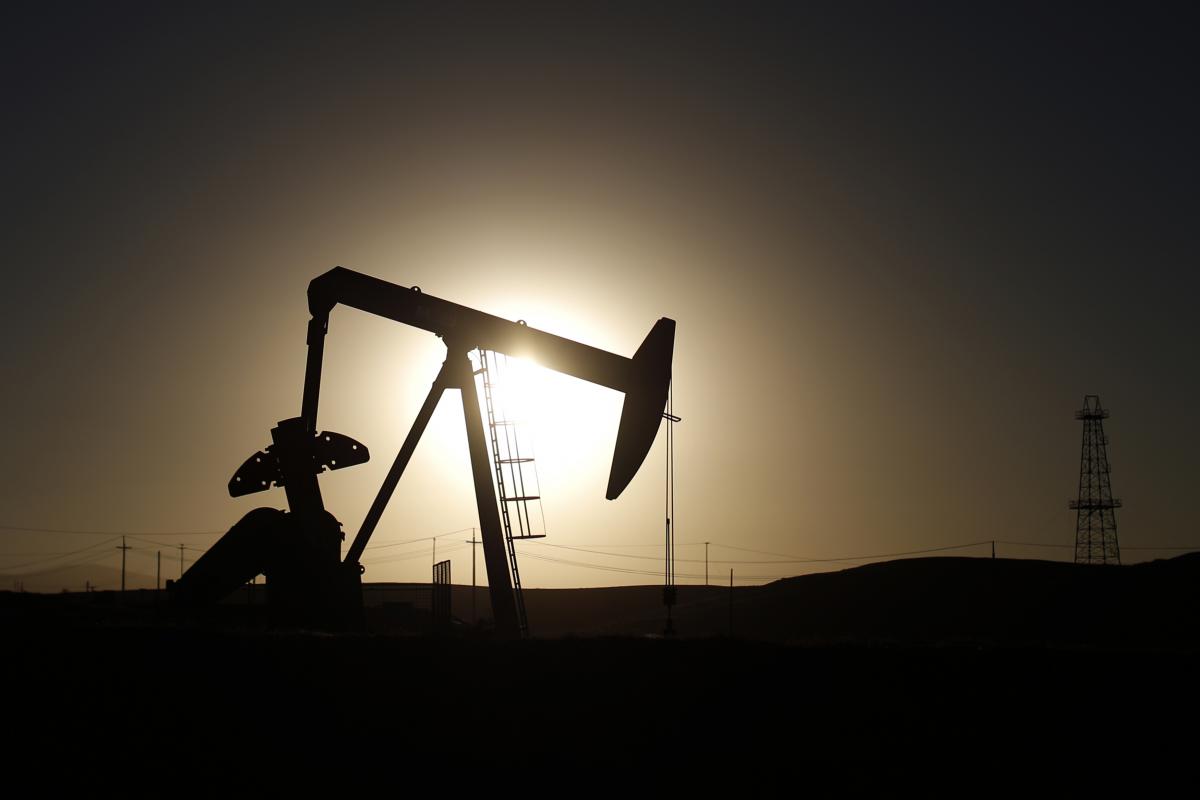 Oil collapse: 'Right now everything I have is shut down'
May .23.2020
The US rose over the last decade to become the world's largest oil producer. Does the pandemic spell the industry's decline?
HENSTAR
HENSTAR
HENSTAR
Leave a message